The first stable version (1.001) of the ownCloud News app is out in the ownCloud app store. Grab a copy, use it and tell your friend how awesome it is!If you’d like to stick to the development version, refer to the github page.

It was amazing to see how much feedback we received in the last month. We’d like to thank everyone who reported issues on the tracker. We tried to fix all important bugs before this release, but please do continue to test and report issues.

We received a lot of feature requests as well. There are some features that we could not accommodate, because they don’t fit the design style of the app. This is why we decided to make the app open to extensions. You will be able to release your own app which hooks into the News app and/or use its infrastructure to build an even more complex app. We created documentation on how to plug into the News app. This is still a work in progress and we hope to publish soon some examples of plugins. The main advantage of an extension system is that we can focus and have tight control over the basic design, and still accommodate users’ wishes.

The app also exposes an external API and we look forward to seeing a galaxy of desktop and mobile clients gravitating around it in the next future.

If time permits, in the summer we will work on a mobile client that interfaces the News app. The idea is to create a cross-platform app in html+css+js with PhoneGap and AngularJS. We aim at FirefoxOS, plus all the platforms supported by PhoneGap (Android, iOS, Blackberry, …).

If you own an Android device, you can already use a development version of an unofficial News app client created by David Luhmer. See David’s blog post (in German).

After one year of work, we finally released a stable version of the ownCloud News app. It is an RSS/Atom reader for ownCloud powered by the library SimplePie.

It’s not a coincidence that this release announcement falls exactly one month before the date announced by Google for the shutdown of its Reader 🙂 We are going to talk more about migration from Google Reader to ownCloud News app in the next blog post.

Thanks for your support and we hope you enjoy the app! 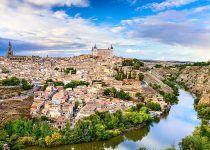 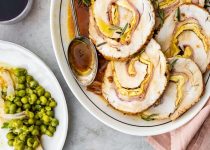