This post is dedicated to the memory of Aaron Swartz. Among all his contributions towards a more open Internet, Aaron was also one of the creator of RSS 1.0. Thanks, Aaron.

The first news of the day is that the fantastic ownCloud community has released ownCloud Server 5.0.0. Congratulations everyone!

The second news is that Google has decided to power down Google Reader. This is a sad news for the users of the Reader, but it’s a great opportunity for ownCloud! Google Reader will cease to exist on July 1st and their users are looking for alternatives. As you already know if you have been following this blog, in the last year I have been working on an RSS/Atom reader for ownCloud (News app). The project started as a Summer of Code project sponsored by Google itself. Actually, the original idea and most of the design choices were inspired by Google Reader. It couldn’t be otherwise, since I have been a user of that service myself for long time.

In the last August I released an alpha version of the News app, see my previous post. There has been lot of progress since. Bernhard Posselt (Raydiation) ported the app to the new ownCloud app framework and he joined me as co-maintainer of the app. Thanks to his work, the app works much better now, the user interface is faster and the code is more stable and more testable.
In the last KDEPIM sprint in Berlin, I started to write an API so that external clients can synchronize with the app. Many calls are still missing, but it’s a start. Frank Osterfeld is already using this API in an Akonadi resource that interacts with the app and that can be used by Akregator. His code is in the akregator_port branch of kdepim-runtime. If you want to use the resource, you need akregator2 from the akregator_port branch of kdepim.
I am also trying to put up a new GSoC project for a mobile app that interfaces with this API (if you are a student interested in this, please let me know).

The app was not stable enough to be shipped today with ownCloud 5 (yes, remember news number one: oC 5 released today!). We expect to release a stable version of it in less than two months (probably along with some ownCloud 5.X release). Once that will happen, I will write a post on how to migrate from Google Reader. Just to be clear, there is a big difference between ownCloud News and Google Reader. OwnCloud News is open-source (code is released under AGPL) and you can host it on your own server. And if you use KDE, you will be able to use Akregator off-line and still have all your feeds on the cloud. Google Reader will be shut down on July 1st. You will have to make a change anyway, why not making a real change!

We are developing the app in the master branch of the ownCloud apps repository on github. If you want to check the API, refer to the news_ext_api branch instead. We ask for help with testing, developing, documenting. If you have any questions, bug me (zimba12) or Raydiation on #owncloud-dev, Freenode. The more help we get, the earlier we will manage to ship the app. 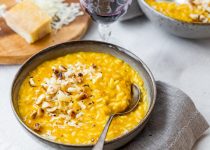 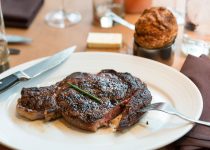